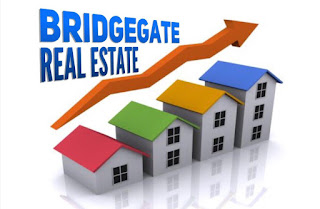 February marked a new high in median resale prices for single-family homes in Santa Clara, San Mateo, and San Francisco counties. These areas remain among the most expensive in the U.S.
CoreLogic, housing data company, provides information that show no signs of slowing prices down in this fast paced growth. Continued low inventory is contributing to the non-stop rise in housing prices since 2012.
Currently, I am experiencing 10-14 or more multiple offers on most homes. This trend contributes to high downpayment and cash buyers winning these homes -sending buyers with 3-10% down payments to more affordable areas. Buyers with high paying jobs and large stock options are controlling the market.
Last month for all homes (new and resale) rose 5.6% from January and 12.5% from February 2017 for Santa Clara, San Mateo, San Francisco, Alameda, Contra Costa, Marin, Solano and Sonoma counties. Home sales were up 9.5% in February from the same time last year, making it the first time in four months sales have increased in volume. Although inventory is still below the 19% 30 year average.
All-in-all, inventory remains low driving prices higher. 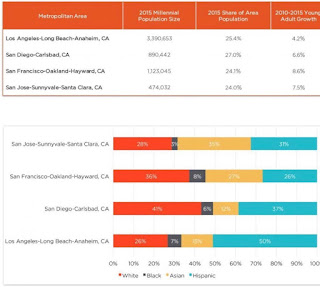 Posted by Nicole Carter at 8:27 PM No comments:

Lately economists and investors have been debating whether the housing market has hit bottom. It’s a complicated picture on a national level, but zoom in and it’s possible to identify cities that have not only reached a bottom, but are beginning to experience a recovery.

Take San Jose, Calif. The Golden State has gotten a lot of attention for its economic woes, but San Jose is a veritable oasis of prosperity. Employment in the capital of Silicon Valley is expected to expand 3.3 percent this year and it logged net in-migration in 2010 of 4,840 people. Job and population growth are fueling housing demand: New home construction in the area was up a whopping 97 percent in 2011’s third quarter compared to the year earlier.

San Jose is one of 10 metro areas that Forbes deems ripe for a real estate rebound. The folks at Local Market Monitor, a Cary, N.C.-based real estate research firm, helped us compile this list, sorting through housing and economic data for the 100 most populous cities and their surrounding suburbs, defined as Metropolitan Statistical Areas and Metropolitan Divisions by the U.S. Office of Management and Budget. LMM assessed the change in home prices over the past 12 months and three years (on the latter, our reasoning is that markets that lost less value in the housing bust have the potential to recover faster), unemployment rates, 12-month job-growth projections, the change in population from 2006 through 2009 (the most recent data available from the U.S. Census) and new-home construction rates for the third quarter of 2011 as compared to the same quarter in 2010.

Forbes.com slideshow: Cities where real estate is ripe for a rebound

All of the cities that made our list share one common factor: a relatively strong job market. “For real to do well you want to see two things: that incomes are growing rapidly like they are in a market like San Jose … and that the growth in jobs attracts other people to that market,” says Ingo Winzer, founder and president of Local Market Monitor. However, job growth should be looked at as a bullish housing indicator only if the unemployment rate is already relatively low — that suggests local companies are creating new jobs rather than rehiring for positions they cut during the recession.

That seems to be the case in Boston. The New England hub has a low 5.7 percent unemployment rate thanks to the presence of more than 100 universities and colleges in the metro area and a variety of biotech and financial services companies. “Income is well above average. The housing boom was mild, with a 16 percent rise in prices followed by a 10 percent drop. The recession also was mild, with jobs down just 2 percent,” explains Winzer. Clear Capital and Trulia also have positive forecasts for Beantown this year, and many of its neighborhoods graced Forbes’ 2011 Most Expensive ZIP Codes list for the first time. Other college towns offering real estate promise are Austin, Texas, and Raleigh, N.C.

Oil doesn’t just heat homes, it also heats up a housing . Cities where oil and natural gas are key components of the local economy have not only fared well in the downturn, they’ve thrived. In Houston, where the heavy concentration of energy companies has earned it the nickname “Baghdad on the Bayou,” home prices shot up 21 percent from 2002 to 2007 and rather than falling, have stayed close to those 2007 levels since. The population has grown at nearly triple the national rate and median income is above average. Houston and other Lone Star cities also didn’t succumb to the levels of overbuilding that cities in neighboring Sun Belt states did, either.

Two surprising entrants on our list are Pittsburgh, Pa., and Rochester, N.Y., industrial-era boomtowns that went through several decades of economic decline. Pittsburgh has been one of the most stable housing markets over the past five years: Prices have been more or less flat since the market peak in 2007. Home prices in Rochester have dropped 15 percent since 2007, but its economy has managed to stabilize and hang onto jobs. Pittsburgh and Rochester "are not high-growth markets yet, and they haven’t attracted new people yet,” says Winzer. “But they are both creating new kinds of jobs — high-tech and medical research-related jobs — and that’s why … they will do better than most markets this year.”

Another city on our list that has gone through tough times is New Orleans. The Big Easy sports a relatively low 6.5 percent unemployment rate, a forecast for 1.9 percent job growth this year and a steady influx of newcomers. “It is a really different kind of market because it is still heavily affected by what happened with Hurricane Katrina,” notes Winzer. The port city boasts an economy fueled by energy, tourism and construction. “The real estate situation is complicated by the large number of properties destroyed. Now that the economy seems to have stabilized, renewed population growth will spur new construction.”

One of the things to remember when looking at home price data for these recovery-ready markets is that price drops or increases of one, two, or 3 percent are a pittance compared to the double-digit percentage drops common in recent years. Real estate experts like Winzer agree that price fluctuations of 3 percent or less generally indicate that a market is stabilizing. If a city hovers within that range for several quarters or a year, it’s probably safe to say that market has found its bottom. All of the metro areas on our list have almost undoubtedly found their bottoms. New home construction, which remains depressed for nearly every market across the country, should take off in these markets later in the year. “Once these markets are truly recovering, you will see a doubling in activity,” asserts Winzer. “It’s the last thing that happens.”

Posted by Nicole Carter at 12:59 PM No comments:

What to expect when selling home at a loss

Here is a very interesting article by Tom Kelly. He explains what to expect from a short-sale. He also explains that there is no way of claiming a capital loss from money lost in an investment on your primary home. Another thing he talks about is loan fee deductions; apparently you cannot deduct loan fees if you are refinancing to obtain a lower interest rate. Take a look at the article:
http://www.linkedin.com/news?actionBar=&articleID=483603932&ids=0Rd3cPej4Vd3gIczcVcP0ScPwQb3sSe3kPejcUd2MRcjwVdPAPe3gIdPoTczwMd3wQ&aag=true&freq=weekly&trk=eml-tod-b-ttle-44
Posted by Nicole Carter at 4:48 PM No comments:

Need assistance purchasing a home? Well if you are a first-time home buyer and meet the income and eligibility requirements the Housing Trust of Santa Clara County is offering some great programs. These are low interest second loan programs designed to assist first-time home buyers in purchasing a home. The qualifying factors are based on household income and household size. These programs can some times help avoid the need to have mortgage insurance. The Housing Trust of Santa Clara County offers four programs and only one program can be utilized per transaction. The programs include; Closing Cost Assistance Program (CCAP) which is a loan of 3% of the purchase price of up to $15,000. the repayment is 3% simple interest deferred for 30 years (or until sold). The Equity Share Co-Investment (ESCO) is a program where the buyer's down-payment is matched by the loan program with a minimum down-payment of 5% with the maximum amount up to $75,000. The Mortgage Assistance Program (MAP) is a second loan from 17% of the purchase price up to $85,000. The loan is amortized over 30 years. The fourth program is the Down-Payment Assistance Program (DAP) which is a loan amount of $25,000 and repayment is deferred for 5 years, repayment starting in year six. Take a look at the Housing Trust of Santa Clara County's website for more information (housingtrustscc.org).
Posted by Nicole Carter at 5:01 PM No comments:

Nicole Carter
Hello, thank you for visiting my blog. Real Estate has been my profession for 17 years. I am passionate about helping my clients get top dollar out of their property sale or find a property. By making sure my clients have all of the information they need to make an educated decision, they can rest assure that they are in good hands. I am a Bay Area native, USF alumni, and know the Bay Area well. I keep clients up to date on market values of each area. It is important for me to educate my clients on the process of their real estate investment. Markets change and I keep everyone up to date on the latest market conditions. By preparing comparative market analysis reports and giving up to date mortgage information, I make sure my clients are armed with what they need to make choices and make moves. Call me with all of your questions! Silicon Valley: 20 S. Santa Cruz Avenue, Suite 300 Los Gatos CA 95030 . Peninsula: 533 Airport Blvd, Suite 400 Burlingame CA 94010 . Texas: 8787 Shenandoah Park Drive Suite 125 Shenandoah, TX 77385